After a couple of nights in Kobe, we crossed the gigantic Akashi-Kaikyō suspension bridge (明石海峡大橋), a.k.a. Pearl Bridge, which has the longest central span in the world; 1991 meters or 6532 feet. After a short break at the nearby rest stop, we crossed the Awaji Island and made another stop under the Naruto bridge to spot a vortex, a natural whirlpool, which is created when the tide flows through the narrow straight at a speed of up to 20 km/h (.Due to the narrowness of the strait, the water rushes through the Naruto channel at a speed of about 13-15 km/h four times per day, twice flowing in and twice flowing out. During a spring tide, the speed of the water may reach 20 km/h or 12 mph, creating vortices up to 20 m in diameter. The current in the strait is the fastest in Japan and the fourth fastest in the world after the Saltstraumen outside Bodø in Norway and three others :-) 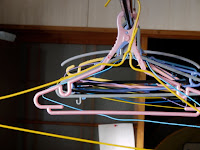 We made a quick stop a local scuba shop in a small town along the road, and later at the tourist office in Tokushima city, who both pointed us in the direction of the tiny village Shishikui (宍喰町), which was a town located in Kaifu District, Tokushima, Japan.
On March 31, 2006 Shishikui was merged with the towns of Kaifu and Kainan, all from Kaifu District, to form the new town of Kaiyo. So we actually went to Kaiyo, I guess.

We booked scuba diving for the next day they found a place for us to sleep. It was a ryokan, and a very basic one, in the residential area of Shishikui. The family that runs the place was very kind. 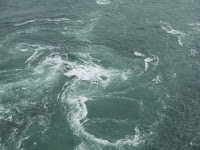 We left Kobe early this morning, heading south to Shikoku. On Shikoku island, there are 88 temples and there are still pilgrims walking the more than 1000 year old pilgrim trail. We spotted the 23rd temple, which has special powers to ward off ill fortune. In particular, you should visit this temple when you are 42 years old if you are male or 33 year old if you are a female, as these are the unluckiest years. 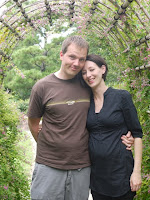 On our way further south, we drove past Ohama beach were sea turtles come to lay eggs. Unfortunately, we were a little to late, as this happens between May and August. The scenery is marvelous! Sandy beaches, steep cliffs, and green, green hills….

Finally, we reached a fishing village named Shishikui, in Tokushima-Ken, were there is a small diving center. Anders booked two dives and gear for tomorrow morning. They also reserved a room in a small ryokan for us. The room looks like someones living room, but the family who rent it out is nice. The lady is giggling hysterically as we don't understand Japanese.

Tomorrow, we will head back north. We were planning on stopping by Nara to see the famous Buddha, but instead we will go directly to Nagoya to meet Junichi. We first met Junichi at Prekestolhytta a couple of years back.

Astrid's belly is getting bigger by the hour, and there is a lot of crawling around, kicking, and hick ups!
Posted by Skybert at 02:00

Coin Casino Review 2021 - Claim $100 Bonus Now!
At 인카지노 the 샌즈카지노 top of the page, you'll find our review of the casino's range of games, All of 제왕카지노 which were established in 1998, and a casino that accepts Bitcoin